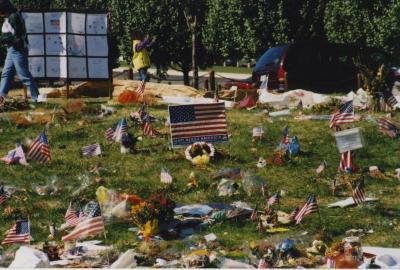 Growing Memorial for the Pentagon Victims of 9/11

A memorial of flags, flowers, and signs on a lan near the Pentagon following the 9/11 terrorist attack.

This image is subject to copyright. Unauthorized use of the images in the Arlington Community Archives is prohibited.