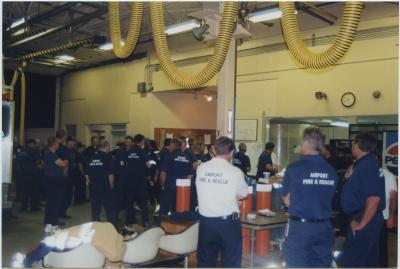 Fire fighters taking a much needed break at the National Airport fire station at 10pm on September 11, after a day long rescue effort at the Pentagon following the attacks.