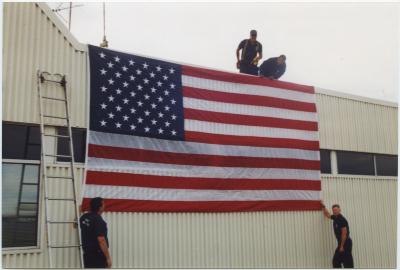 A Display of Patriotism at the National Airport Fire Station

Fire fighters display a large American flag on the front of the National Airport fire station, two days after the 9/11 attack on the Pentagon.