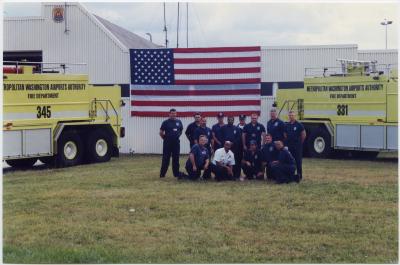 Foam Units and the American Flag

The two foam units, along with their crews, that were on the original call to the Pentagon on September 11, parked in front of the American flag displayed on the front of the National Airport fire station.